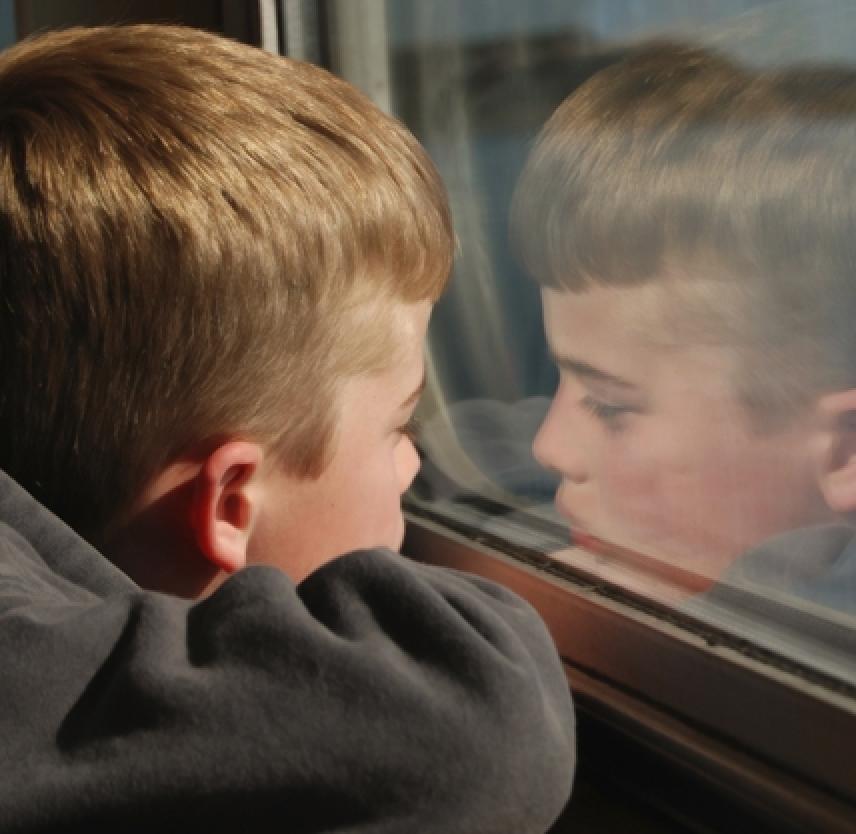 Related Content:
What Is It We Are Really Fearing?
Forever Seeking "Normal"
Personal Limitations: Dealing With My New Reality

I’ve heard so many times in the last few years, people shaking their heads and exclaiming, “What’s become of this world/this nation/this economy/this old neighborhood?”

We sum up the people we know, have run into, or are gossiping about. Well, she’s really become a fatty, a bitter betty, a crazy cat lady, a neat freak, a strumpet, an old maid. Geez, he’s really become a workaholic, an absent father, a lousy drunk, a rotten bastard, a jealous asshole.

What have we become?

The New Year seems the ideal time to take a look at what and who we’ve become. Some reflections are pleasant rewards for our efforts and blessings. Others, grim and prickly reminders of lives that have fallen a little off the course we’d set.

Many of us don’t like the shape of things: our bodies, our finances, our homes, our relationships. Perhaps we’ve become lazy or disconnected, depressed or too busy. Stuck on things that we lug into the new year like we did the year before and the one before that.

Many of us have become the victims of our lives. Of our misfortunes. Of our mistakes, misdeeds, misgivings. Many become the keepers of anger and bitterness because we “could have become” so much more if this or that hadn’t happened or he or she hadn’t screwed everything up.

I was thinking about myself on New Year’s and all that I’ve become. Some of it good; other parts, not so much. Taking stock. Comparing returns. Looking in the mirror both literally and figuratively.

And then I received word that a high school classmate of mine had died on New Year’s Eve, not long before midnight. And something clicked in me.

And I decided that we are not simply what we’ve become. It’s too final. Like a destination. Like we’ve arrived at a finality.

And, as long as we are living, we have not become.

I wrote down what I am becoming. I am becoming way too heavy. Way too out of shape and inflexible. Perhaps complacent and comfortable. Maybe too opinionated.

But I am also becoming a woman with experience, perspective and peace of mind. Perhaps, even, a smattering of grace.

I love that I am becoming because it reminds me that I am living. Becoming conveys movement. It denotes life and change. Participating. Engaging. Improving.

I continue to move forward, sometimes by my own choosing and other times when the feverish current of life propels me. But I am becoming.

And so are you.

I have not become for I am not nearly finished. I have set roots yes, some of which require nurturing and some of which could stand to be ripped out before they anchor deep.

But the delicious truth is that, as long as we have not become, we continue becoming. We still have the opportunity to become what we dream about, aim for, dare to be.

My high school classmate became many things: a good husband, a doting father, a loving son, a police officer…But, sadly, he is no longer becoming.

My hope for this New Year is that none of us speak and live in terms of the still, the final, the unchanged, the unchangeable. That we recognize that becoming is about movement. And a choice to direct that movement forward.

I celebrate in this New Year the subtle, tiny difference between become and becoming. With one trip to the gym I am becoming more healthy. With once decision to pass up those taunting chocolates, I am becoming slimmer.

Just a moment. A quiet decision to change or to welcome. A tiny step. “This close” to becoming. Becoming something we want. Something we dreamed of. Something better than what we believed we had become.

Hi Kara, The wisdom of your words made me pause, nod, and stand up taller thinking of how one choice expands how we define ourselves in a better way. One choice lets us leave behind the label we've outgrown, and realize the limits of all labels. Bravo! Janet Cromer www.janetcromer.com