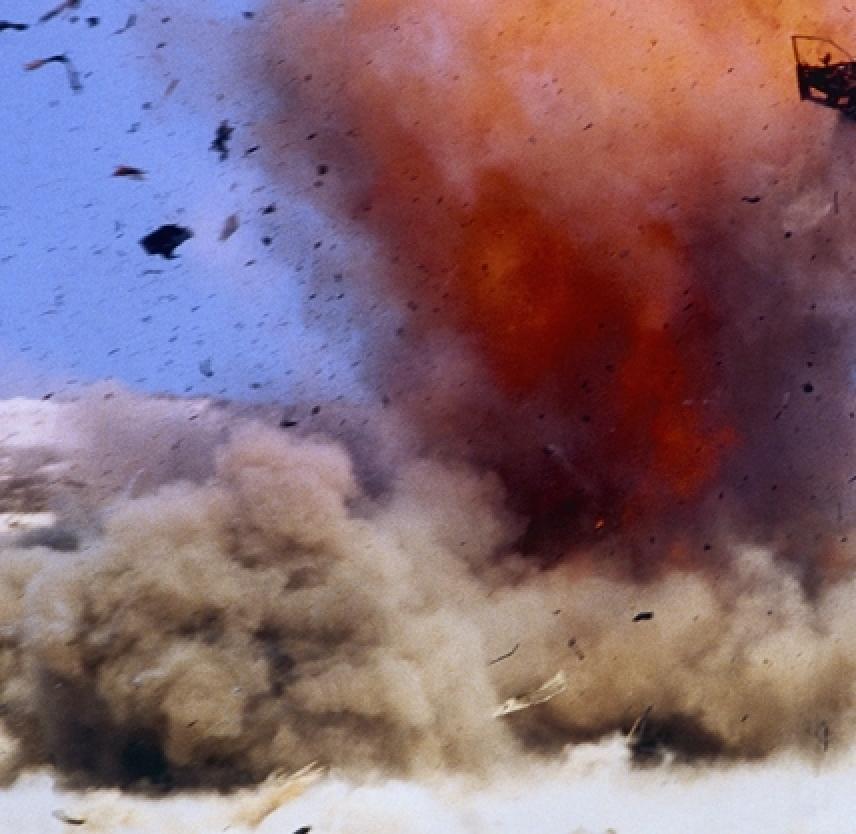 Sometimes we encounter frustrations in our daily routine — an important package delivered late or being struck in traffic come to mind. For Samuel Console, a retired Pennsylvania Army National Guard lieutenant, lateness was more than a simple annoyance. His traumatic brain injury diagnosis occurred six years after an improvised explosive device (IED) blew up next to his Humvee.

In 2005, Console was a combat engineer in Iraq searching out and quarantining IEDs, which he encountered often.

“We knew the area we were going to was very hot,” said Console. “We were going out and putting protective barrier around polling sites. Our mission was at night … when you can’t see IEDs.”

The last thing Console remembers after the explosion is an orange flash of light. “I came to and said ‘IED!’ but it had happened seconds before,” he said. “I couldn’t hear anything because my ears were ringing so loud.”

Back at base, Console was queasy and his head felt as if someone had hit him with force. He debriefed leadership on the combat incident, and since no immediate medical assessment was required at the time, he went to sleep without an evaluation.

“This was in 2005, when there was no protocol unless you brought up your symptoms. No one was using the term TBI,” Console said. “As an officer, you’re not supposed to get off your horse — you’re supposed to charge back into battle.”

That’s essentially what happened. The next morning, he didn’t feel right and had a headache, which he brushed off as adrenaline, but continued serving out his deployment.

When he returned home, Console’s wife immediately noticed he was different. Not only physically—from his loss of balance, increased sensitivity to light, pulsing headaches, short memory and hearing loss — but psychologically as well.

“I was very much disconnected, experiencing sadness and depression. I spent a month without sleeping,” Console said. “My wife and I got married two weeks before I deployed, and she considered me a different husband and [ours] an entirely new marriage [when I returned].”

Console was diagnosed with post-traumatic stress disorder and stayed in therapy for three years, but became frustrated when his symptoms returned. Around this time, doctors became more aware of TBI and co-occurring conditions.

“During a meeting with my VA doctor, I said ‘I’m upset all the time and have hearing loss! I was blown up!’ He replied, ‘Were you ever in proximity to an IED? We have to get you an MRI.’”

After confirming that he had not been in a car accident or situation that would have recently caused head trauma, doctors diagnosed him with TBI stemming from the 2005 IED blast. He finally had an answer to his ongoing post-combat symptoms.

Console started prolonged exposure therapy, journaling his experience that later turned into a book: “Service and Sacrifice: Memories of Operation Iraqi Freedom with a Veterans Mental Health Resource Guide.” The book offers tips on what service members and veterans can do when they have post-combat stress to self-check their behavior, and ensure they get proper diagnosis and treatment. Console hopes the book motivates veterans to be proactive and raise their hand when there’s a concern.

“I meet veterans who won’t even go to VA, but that’s where you get your help. I’ve met vets who haven’t gotten checked for TBI even when they have symptoms,” he said. “I encourage everyone to take a very strong hold of their personal health.”

Used with permission from the Defense Centers of Excellence for Psychological Health & Traumatic Brain Injury.  www.dcoe.health.mil.

I'm so sorry to hear this story. It took 14 months to get a diagnosis, +3 yrs to get the right supplements e.g. Cognitex that provided the neurotransmitters my brain wasn\'t making.8 yrs later,I found cognitive rehab 4hrsxday, 4daysxweek for 2 years and that brought me back. Never too late for treatment. Neurofeedback helped also.