Empowerment in the New Year 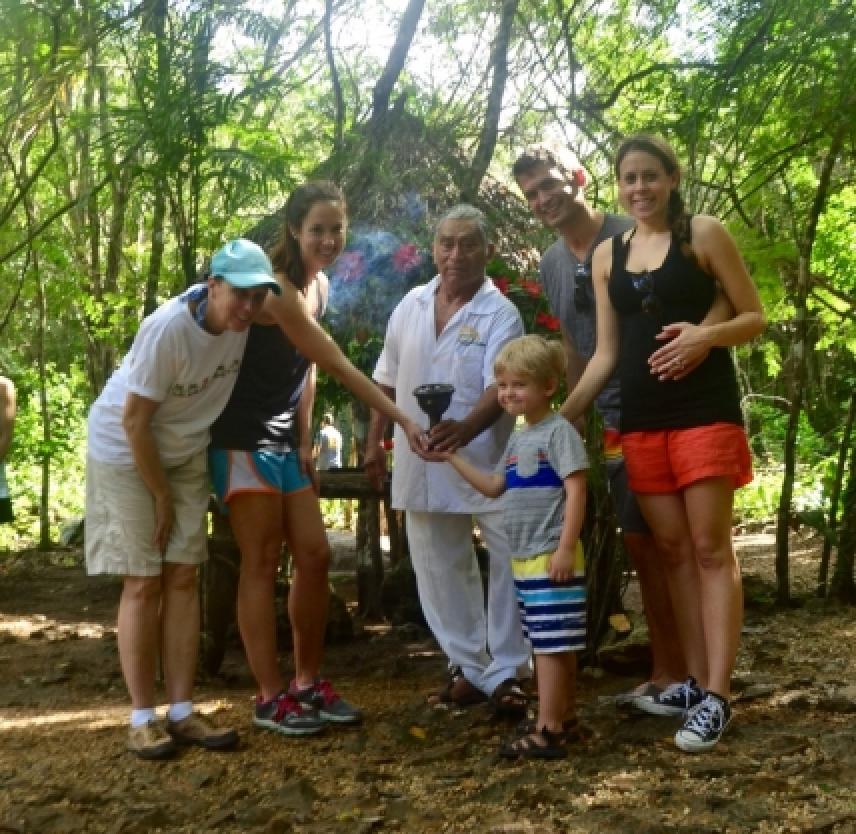 Your husband was the victim of a violent assault.

Hearing this sentence from the police on the day after the attack that left my husband TC with a life-threatening traumatic brain injury was perhaps the first time I heard that word victim as it referred to us. In the past three years, the term victim has arisen in different forms and in various contexts to describe the circumstances in which our lives were drastically and irreparably altered. But every time I hear it, my stomach flips uncomfortably. Victim is simply not a word, nor a concept, to which TC and I subscribe.

Growing up with a mother who was scrappy, spunky, and generally outspoken, the messages my sister and I were accustomed to hearing were of this nature: You are in charge of your own life. When things get tough, you fight harder. And, often, the celebrated words of Eleanor Roosevelt: No one can make you feel inferior without your consent. In this, I believe my mother intended to convey that all reactions – inferiority, sadness, anger – are among a wide range of emotions we may choose to engage in. As humans, feelings are not thrust upon us. Rather, it is our privilege as evolved beings to be discerning as we decide how to react and interpret the events around us.

My husband was raised in circumstances that demanded the same type of personal responsibility. With minimal financial resources to depend on as a kid, TC knew it was up to him to establish security in his own life. In his years transitioning to adulthood, he worked hard to build a good, safe life. He couldn’t have imagined that he’d have to start from scratch one day as an adult and repeat these efforts, but he was certainly the type of man up for such a task.

In any case, being cast in the role of victim was a difficult pill to swallow for us both. We cannot deny that the cause of TC’s injury was the deliberate criminal act of a group of young men. Without their actions, we would likely be living a very different life. But focusing on our victimization invites a troubling line of thinking, one in which concepts of fair and unfair rise prominently, and in which resentment becomes a very easy mindset to adopt. If being a victim means claiming helplessness over one’s life, it’s a role we staunchly reject.

Empowerment is a critical goal in recovering from a traumatic injury or event. For our family, finding empowerment has meant establishing the boundary between the bad thing that happened to us and who we still have the potential to be in our lives. For us, the bad thing was an assault, but it very easily could have been cancer, a car accident, or a slip on the ice. In any of these situations, helplessness is not an inherent feature. In the past year, we have watched in admiration as brave friends at the end of their lives continued to embrace the choices before them, holding tight to their freedom to live a good, meaningful life.

Readers may notice that I rarely write in detail about the event that caused TC’s injury or the people responsible, and that’s honestly because those thoughts very rarely occupy my mind. Instead, I am consumed with questions of where we go now in life, how to ensure we’re spending our time on earth wisely, and how I can commit to memory all the extraordinary moments in my everyday life. Our lives have been changed by brain injury, but brain injury is not the most interesting thing about us.

January is among my favorite months because it’s an annual restart button for our lives - a chance to forgive ourselves for our imperfections in the past year and an opportunity to decide who we want to be and how we want to live in the year ahead. Given my terrible track record for keeping resolutions, I’m not making any for 2016 except to enjoy it. I’ve learned that we do not have control over everything in our lives, but we do have control over quite a bit and, in those matters, we have a responsibility to live to our fullest. In June, TC and I will welcome our second child. I could write a novel (or, at least, a full blog) explaining the fear and trepidation that accompanied this decision (one we would never have thought twice about before brain injury), but fear is not always productive, and often it robs us of our joy in the present moment. So instead, we shift our minds to gratitude and wonder as we embark on the months ahead. We are immeasurably grateful for this blessing, and we are leaving our door open in 2016 – open for joy, open for unexpected opportunities, and open for the chance to keep steering our lives in the direction that feels truest to us.

I am a tbi auto accident when does it get better...?

My you certainly have much strength. I am a TBI auto accident. And in a blink of an eye, things change from my future plans. I haven't any understand of what happened during accident. So we go forward with the help from Dr.s, therapist and case worker. Funny it was not in my plans, but for now I am So Grateful having help. With age you can let go of a lot more I feel. But still a person with dreams and a future yes. What a great way to say Every January start fresh, I like that. Thank you for your story.

Very uplifting. Thanks for sharing!

Your inspiring words really hit home.  Thank you for writing this piece.  Thank you for sharing it.  Congratulations to you all! What wonderful news!  Wishing you all the best and hoping you're feeling good!