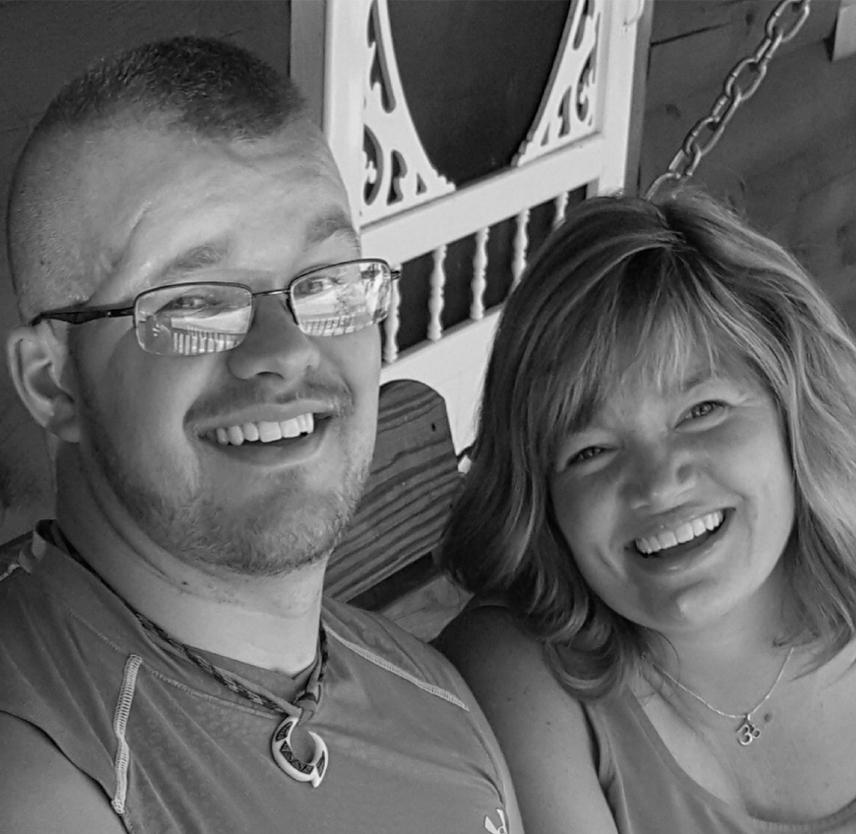 A few weeks ago Taylor and I were alone overnight, as my husband had gone away. Nighttime is challenging, due to exhaustion and mood issues connected with Taylor’s injury. After careful planning and attention to making the evening as uneventful as possible, I was relieved when bedtime came.

Typically, as part of the evening routine, Keith makes sure that Taylor goes to bed without event and tucks him in. This is something important to them. I appreciate it is a moment I can step away from. This ritual provides both Keith and Taylor a sense of security.

On this particular night, Taylor let me know he was ready for bed, and I took Ginger (our dog) outside. After walking Ginger she and I returned to Taylor’s bedroom to tuck her in with Taylor. We found Taylor sound asleep.

As stated before, our evening had been relaxing, which was comforting. I had taken Taylor for ice cream, and he was overjoyed when the girl at Chilly Willy’s made his Reese’s peanut butter cup Chill Factor perfectly. When we go for ice cream, Taylor orders the same thing no matter where we go. He also offers specific instructions on the preparation. “Can you make sure you leave the peanut butter cups in large chunks?” he says. “Don’t blend it too much.” Detail is important to Taylor. But so is learning to be flexible. We have him place the order, but he also must accept that not everyone makes Chill Factors (flurries) the same way. He graciously proclaimed more than once that night, “This is the BEST!”

As I placed Ginger under the covers, I took note of Taylor. By that I mean, I really noticed him. His gentleness. His innocence. His exhaustion. His vulnerability. Taylor was curled up, lying on his side, the covers tucked around him. His eyes were closed, and his face relaxed. I could see that he had drifted off to sleep with happy thoughts…or perhaps no thoughts at all, just peace of mind.

Ginger crawled under the covers, took a few turns, and settled in. I stood over the bed in silence. I wanted to weep. You know those moments when you are flooded with what feels like a lifetime of emotion? That is what I felt. I experienced a torrent of feelings, with a deep emphasis on love and pride, recognizing what a remarkable human being Taylor is.

Being a survivor takes dedication. From my vantage point, you have to be many things. The first, and perhaps most obvious is that survivorship requires strength. Strength is required no matter what stage of recovery or healing the survivor is in.

In the weeks following Taylor’s accident, when he was in a coma, his physical body had to push forward. Physicians often commented on how fortunate we were that Taylor was young and strong. I remember knowing as a family that we were also giving Taylor strength. I whispered at Taylor’s bedside, “Stay strong. We need you.” There were times I said something different, but each time I spoke to Taylor I believed that the shoulders of his soul were broad enough to hear my words.

The survivor must also be brave. Over the last five and a half years, I’ve witnessed Taylor go through situations requiring constant courage. Learning to walk. Letting someone assist you with personal matters. Sharing your stories with a psychologist. Countless physical traumas. Even after his initial accident, there have been too many hospitalizations and ambulance rides to count. I am certain at times that Taylor is frightened. But he faces his fears head-on.

There are also the moments of emotional courage that Taylor displays among friends and family. We know Taylor has changed. But so does he. He has felt nervous entering a room of friends. He wants to belong, he wants things to feel and be the same as they previously did, but in the back of his mind, he knows things are different. Most of the time at social events, Taylor wants me there at first and then is ready to separate and do his own thing.

We recently attended the wedding of one of Taylor’s closest friends. Taylor was anxious going in, and so was I. But as we got settled, he forgot I was there. I felt delighted for him, and he danced and laughed. I felt like he could have stayed all night. And then, he hit his wall.

For Taylor, and perhaps many survivors, emotional energy is given in a daily dose. I think of it like a balloon. When Taylor wakes up his balloon is full of good intentions, positive vibes, and warm energy. He is ready to seize the day, and most days he does. As the day progresses, the air in the balloon releases. With each interaction, exercise, and act of self-control, the balloon becomes smaller and smaller. For Taylor at around 6 p.m., there is nothing left. Taylor then runs on reserve until bedtime.

The wedding reception lasted past nine o’clock. Suddenly, both Taylor and I realized he was spent. In the safety of one’s own home, people are aware when the air in the balloon has dissipated. But out in the world, it is harder to recognize the signs. One of the critical reasons my presence helps Taylor is that I can see the pre-unraveling, and help him safely retreat.

For survivors, there are a lot of tricks necessary to move through life and the emotional fortitude it requires. This is also true for those who love the survivor. We desire the best for everyone. The daily grind can feel just like it sounds: grinding—causing us to groan with ache and frustration. With awareness and attention to new spaces in our thinking, we can create a different kind of air for the balloon.

One of the most affirming things we can do is acknowledge the strength and courage it takes to show up. Day after day, survivors are living out their recovery. Some days there is more air available than others, but each day, they push ahead with valuable intention. As caregivers and those who love them, we have the privilege of noticing the true beauty of who they are.

Thanks Nicole, my 20 month old is 5 months post op since his TBI, and while he can't express himself as an older child can, from your experience I will be more aware of the signals he shows when things get a too much for him.
All the best to you and your family.

You are very welcome. Wishing you the best as you continue on. ~ Nicole

Thanks again Nicole!
As I watch my daughter recover on a daily basis, I am amazed by her strength and courage. Her positive attitude and sense of humour are inspirational.

I am sure you are so proud of her. Keep cheering her on! With love~ Nicole

THANK YOU for putting words to the thoughts that so many of us have as caregivers for our children, spouses or other loved ones!!!

You are so welcome. Thank YOU for the kind words.
With love~ Nicole