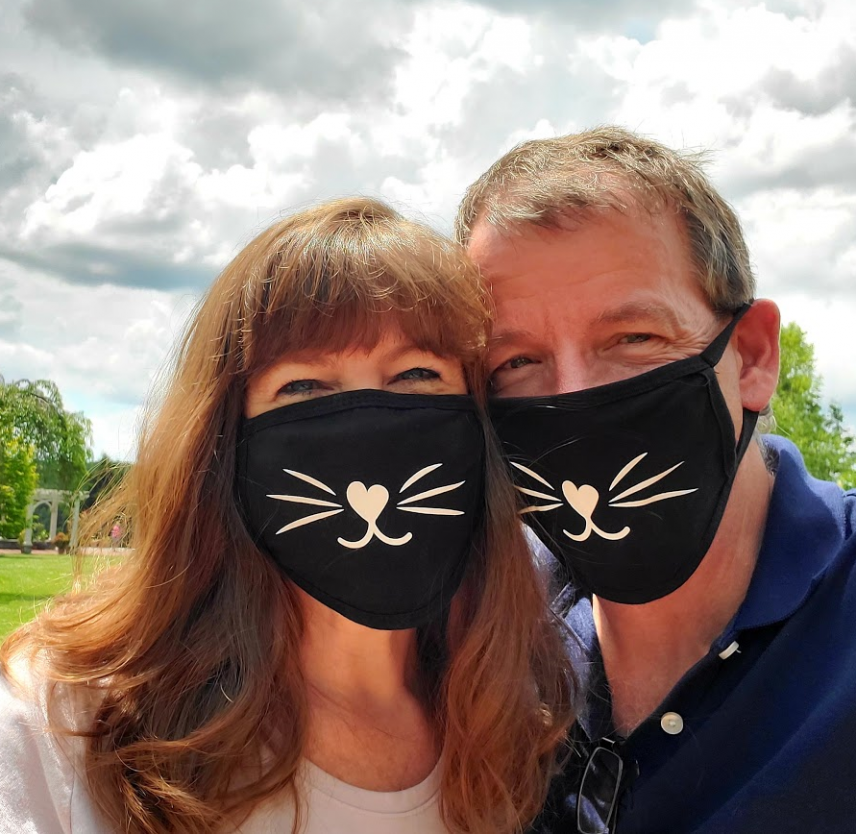 In the early years after my 2010 TBI, I had to relearn the fine art of speaking. That took a year.

But it took much longer for me to regain my voice.

My voice that I am referencing is my ability to 1) Have an opinion and 2) Have that opinion be heard. It has taken me many years of hard work to come to the point in realizing that I am not worth less than other people (though I thought that I was for years). Such is the blow that my self-esteem took after my brain injury.

A recent conversation with someone that I’ve known for a very long time allowed me to use my voice in a way that I never gave thought to. I used my voice to let someone know that racism is not okay and will not be tolerated any longer – at least in my presence.

I’ve known for many years that he was a racist. A couple of decades ago, long before my injury, I listen to him degrade a specific minority culture. Letting him know that one of my close friends at the time was of that same ethnicity, I voiced my disapproval of his comments.

In the ensuing years, I would hear him on occasion express his objections to various ethnicities. In the spirit of open and complete honesty, I simply chalked it up to who he was as a human being. I did not try to correct him, nor let him know that we are all equal, that once you get a few skin cells deep, we are all virtually identical. I am guilty of being complicit by being silent. That alone is a humbling admission.

A few weeks ago, we spoke again. He was quite vocal in his displeasure that public symbols of racism and slavery were being removed from the public eye. He was pretty worked up about it. And in that moment, his racism was impossible to miss.

Enough time has passed since my injury for my verbal filter to have been mostly restored. Early on, I would say whatever came to mind, but no longer. These days, my conversations with those close to me are more meaningful than ever – a positive side-effect of my injury. I am more inclined to be open, but with a degree of sensitivity that did not exist in me before my TBI.

As he continued what amounted to a racist rant, I effectively shut him down. I used the example of World War II to make my point. There are not schools named after those who committed crimes against humanity dotting the pastoral European countryside. Unless I missed something, there are no public statues honoring those who committed atrocities.

“We just can’t pretend these things didn’t happen,” he said when I brought up the example of World War II. I reminded him that you need go no further than the internet to learn about war crimes. The same standard can be used for today’s societal upheaval that says quite loudly, “It is time to end systemic racism.” He reluctantly and most likely insincerely agreed.

We’ve spoken a couple of times since that conversation. He has not made a single racist comment since our heated exchange. I am fully aware that I did not change his beliefs. I am not that naïve. But I did give him pause for thought. He now knows that that type of behavior will not be tolerated in my presence. I do feel that I may have, at least in some small way, quieted his racist voice.

Stepping back to look at the bigger picture for a moment, for each racist voice silenced, the world becomes a better place. While most of my writing here offers insight about my life as a brain injury survivor, I am part of a much bigger family, the human family. And today I’m proud to use my voice — which I worked so hard to recover — to speak out against racism.

Thank you, for posting David Grant’s article, on speaking up against racism! As a black person, and also a mTBI sufferer, I fully understand the devastating effects of both. After two full years, I’m finally regaining my ability to speak out, and up, against the blatant racism, that has resurfaced amidst political inciting, from this current administration. Thank you, for doing your part, to put an end to racism, because while it may affect black, indigenous, and people of color (BIPOC)directly, it is a human rights matter, that should concern us all. It’s great, that you are using your post mTBI brain, to address this matter!

David - as usual thanks for your reflective post. I have appreciated being able to find wisdom from you in your writings along the TBI journey. You have given me hope and comfort along my TBI healing journey. I applaud your choices to speak up in a kind and firm way in the face of racism. Always challenging when a friend or family member exhibits racism and vomits on many. Understand what you mean about regaining the filter. And always a triumph to have a voice.

Thank you David. You are right on, we do have to and must stop others.

Thank you for using your voice to spread love & acceptance; we all need to learn more about this.

Me having survived a TBI and having finished my PhD, I love the portion where you say "Stepping back to look at the bigger picture for a moment, for each racist voice silenced, the world becomes a better place. While most of my writing here offers insight about my life as a brain injury survivor, I am part of a much bigger family, the human family."