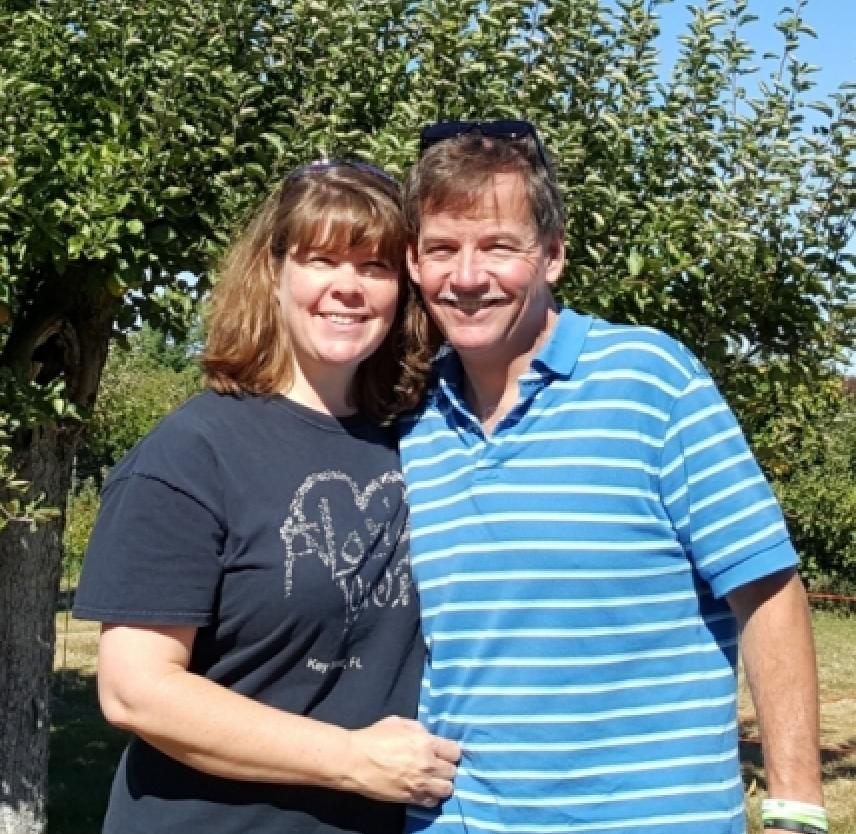 Family Matters: Losing Friends and Family After Brain Injury
Self-Care During Difficult Times
Thanks For the Memories?
Thanks to Our First Responders
Getting Off the Struggle Bus

Once brain injury became part of our lives, it quickly and quite understandably became the most often talked about topic in our home. Let’s get real for a moment. How could it not be?

The life we had been living for years was instantly shredded away from my wife Sarah and me in a twisted mess of steel and broken glass. A sixteen-year-old driver t-boned me while I was out cycling. Hello, ambulance ride, and goodbye life as we knew it.

I lost many friends during my first few years as a brain injury survivor. I was not fully aware that a social stigma surrounded traumatic brain injury. Many well-intentioned friends, knowing I was gravely injured, would naturally ask how I was feeling.

And did I have an answer for them.

“My bones are mending, but this traumatic brain injury is kicking my backside,” I would share with unfiltered exuberance.

Human nature is what human nature is. People back away from what they don’t understand. Reminding people that their life can change in an instant scares folks away. No one likes to be reminded of their own mortality. I hold no ill will and no resentment toward those who have chosen to fade to black, to become only memories. I often wonder what I would do if the tables were turned. Most likely, I would have done the same.

For a long time, there were doctor’s visits, testing, evaluations, conflicting diagnoses, and enough life changes to fill a book. It was singularly the biggest life-altering event of my life, by far. And like every brain injury, there were others who paid a heavy price.

My wife lost her best friend as my personality changes became more apparent. My mom and dad had a new, unfamiliar son; my step-kids saw a familiar face, but not the same person who married their mom. And my own children had their father taken from them.

For the next several years, virtually every day, and often many, many times a day, traumatic brain injury became part of the day’s conversation. And I have to painfully and ruefully admit, somewhere I lost focus. Brain injury became the thing I thought about most and talked about most. I became a walking, talking brain injury on two legs.

While others might say, “Let me tell you about my grandchildren,” I wanted to talk about my TBI.

Quietly over time, and unknown to me, I was beginning to burn people out. In fact, souls who are among those closest to me were paying a heavier price than I knew. While I was getting weary about living with a brain injury, others were just getting tired of hearing about it.

“I’m getting tired of ALWAYS hearing about your injury,” came the words I never expected to hear. And in a moment of clarity, I saw it for what it was – the painful truth.

The years passed, and I continued to recover. It feels like every year is a new chapter in this second life. I continue to struggle to reinvent myself and to get to know this new person I’ve become. But one thing is now painfully clear, I need to look at my life with a different perspective. I am not a brain injury that happens to be human. I am a human being first. I am a husband, son, father, and step-dad—one among many in this sea of humanity.

I’m not attempting to deny that I am forever changed, nor am I dishonoring the person I continue to become. But for my own sense of well-being, and equally as important, for the well- being of those closest to me, I need to tone it down a bit. Those who know me, those who really matter in my life – they know I am compromised. They really don’t need me to remind them at every opportunity.

Recovery from a brain injury is not an event; it is a lifelong process. Sometimes the truth will be easily digestible, while at other times, self-awareness is painful. But this is all part of the process.

And if you happen to see me sometime and feel compelled to ask how I’m doing these days, you’ll most likely get a simple answer.

Thank you for sharing, it does help to hear others stories and not feel so isolated. I am an acute carbon monoxide survivor-while working at a high school where they were doing major construction I passed out in my office for forty minutes and nothing in my life has been the same. I didn't realize that it would take a year plus to see how much damage was done due to oxygen deprivation. I look in the mirror and feel like I am no longer me but I need to realize it's just a different me and try to figure out what I can do now. It will just be 2 years in March so I'm still trying to adjust. I have PTSD (the school denied it happened there), depression, anxiety, headaches, nausea and exhaustion so I feel like I'm a huge burden to those I love most. I'm no longer able to work and feel useless. I hope soon to quit focusing on me and try to find ways to help others.

Wow! Thank you! 6 years ago I had a 3 cm abscess on my left frontal lobe which ruptured leading to purulent meningitis. To make matters worse, it took 4 doctors and 9 days before I was hospitalized. The last 6 years have been a living hell! I won't go to any more neurologists, they are horrible, even at Mayo! Like you, I've lost most of my friends, have had periods of alienation from my children and parents. It's been so hard on my husband...I am definitely not the woman he married! I also experience some called "neuro storming" caused by a disorder called Paroxsmal Sympathetic Hyperactivity. This disorder occurs in a fairly high number of TBI survivors. It's a HIGHLY under diagnosed disorder and the treatment is a crazy combination of meds that is actually working! If any of you feel that you've had a "storming", look it up and be persistent with your doctor regarding treatment...I'm not saying I'm back to "normal", that's just not gonna happen and I have accepted that. In addition, I was able to share this info with my family ( have no friends left) and they now know what to look for and how to deal with me when this happens. To put it in simple terms, "storming" is losing complete control, rage, seeing RED, wanting to GET AWAY!! Sound familiar? If so, get help, it works!

OMG!! You just wrote my feelings beautifully! Thank you.

This short blog is SO MUCH YES!!!! I've struggled/still struggle with not letting my traumatic brain injury (2005) define me. I don't talk about my TBI nearly as much as I did in the beginning. I have lost countless "friends", whom I was sure were my people. I know I still need to consciously focus on utilizing my injured "filter" though, & not overshare or bring up my "story" of my TBI at an inappropriate time.ðŸ™Š On the flip- I do passionately want to share my story to anyone who'll listen, so to share my testimony of God's glory. I really do hate the awkward situations I sometimes (often? Lol) end up putting myself inðŸ¤—. BUT, I pray I learn from them and continue to get better (without alienating peers)!! TMI is like, the struggle of all struggles for me. I'm an open book anyway, but the TBI makes judging social situations SO difficult. Awkward turtle!! ðŸ˜„ â¤ï¸-Ash

Hi again it's me Andrew Simpson, and I just read that you cannot reply directly to me. But if you could help me with my question, you can reach me at my email simpy0911@yahoo.com

My name is Andrew Simpson and I am 25 years old and I am a motivational speaker here in Reno, Nevada. I myself have suffered from a traumatic brain injury, and I have actually never posted my story on someone's blog before, or even really thought about posting this on a blog. I am trying to find a way on how to do this, because I believe that what I and my family has gone through would be very productive for others. Before I get into my story do you think that you could give me some advice on how you started your blog?

I just dealt with this very issue in therapy today. I'm so tired of it taking over every second of my life... And there is no escape from your brain. And when you look "normal" no one ever gets it... So isolating.

You put my story into words eloquently. Thank you.

Thanks for sharing, although I am considered an Abi, caused by encephalitis, our paths have led us both to what I call the wasteland of survivors. It's both bleak and cold, but the more we make connections with like minded humans, the stronger our new perspective becomes. I wish you a safe journey