Reaching Back in Time — a Message to My Younger Self 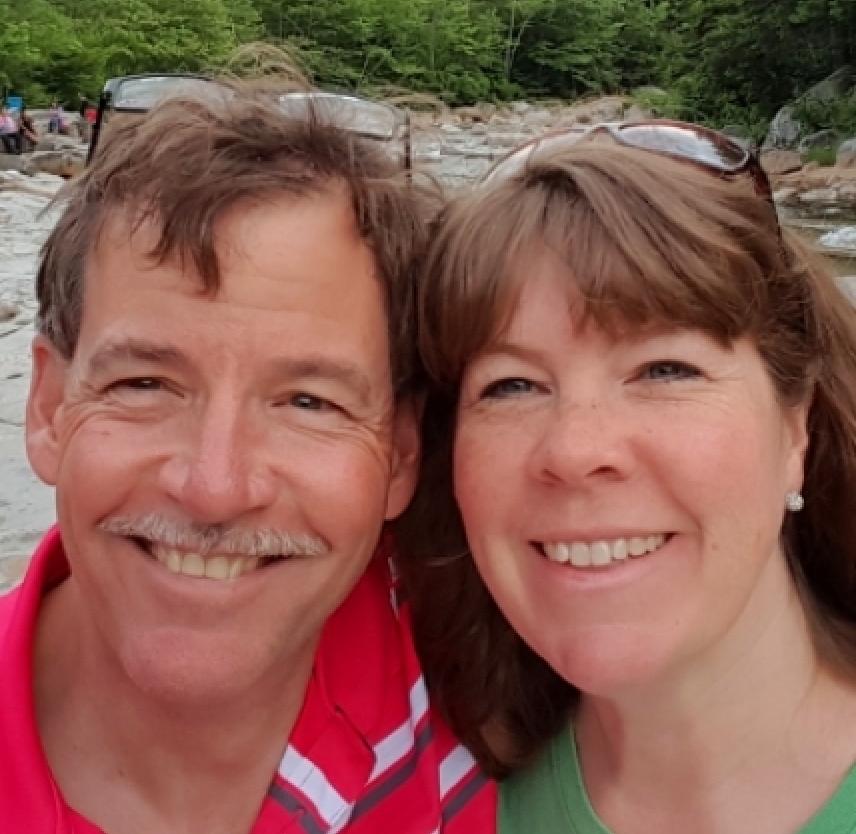 Summer is such a fun time of year. In fact, it’s my favorite season. While I am a New Englander by birthright, I’ve never been overly fond of the cold weather. In less than a month, September will be here with its cooler days and occasionally frigid nights.

Summers are fleeting here in the Northeast.

There is so much that is synonymous with summertime – time spent at cookouts, day trips to the White Mountains of New Hampshire and occasional visits to the seacoast. Time spent with family, and even an occasional nap in our backyard hammock rounds out this wonderful time of year.

What better time of year than to talk about suicide?

One of the silver linings that come with having a brain injury is the ability to speak about most anything. There is such freedom in being able to do this. In fact, it’s been one of the biggest gifts that has come from my own TBI.

Suicide and I have a long-standing relationship. Known by a few, I was a bit of a troubled youth. My first attempt at suicide was at the young age of nineteen. I awoke from an intentional drug overdose with quite a bit of bitterness.

I can fast-forward a decade to that fated day I placed the noose around my neck. I was only 28 and living a life that was killing me – just not fast enough. That second attempt failed as well. By now, you already know that.

But of all my perceived troubles, nothing was even close to the challenges that I faced during the first couple of years after my traumatic brain injury. In fact, it was in the summertime of 2011, in my first year as a TBI survivor, that I found myself again contemplating suicide.

I need to step backward before we jump forward. I was diagnosed with clinical depression many years before my injury. Today, I realize that suicidal ideology is a symptom of depression. What made my post-TBI thoughts of suicide different was that I was not depressed. In fact, another TBI silver lining is that my occasional bouts of depression ceased when I was injured. Not all fare as well – so I do count myself as one of the fortunate ones.

During that first summer as a survivor, I was simply unable to regain my footing. I was unable to envision any meaningful life with a brain injury. Life was hard at home as my wife Sarah was living with a stranger. I was no longer the man that she married. My children and step-children no longer knew who I was. My business was crumbling, and I lived in the mistaken reality that my life was destined to be difficult and painful until the bitter end.

I had lost not only all hope but all perspective as well.

Those who had been riding the TBI bus longer than I said that life would get better, but I was blinded by the day-to-day stressors that came with learning to do just about everything all over again.

Let’s fast-forward to today. I am now well into my sixth year as a survivor. Today, I live a life that I find amazing at times. At other times, I still get frustrated by my ongoing deficits, but I’ve found my way. My life is meaningful and has value. The world is a better place because I am still here.

I spend a lot of time looking backward – not because of anything related to my injury – it’s just the way I’m wired.

Had I been successful back in 2011 and committed what I now deem to be an unthinkable act, there is so much I would have missed.

I would never have had the opportunity to welcome grandchildren into my life. I would never have experienced the look of holding my granddaughter as she gazed up at me, truly loving being with her Grampa. I would never have felt the arms of my grandson wrapped around me in a love-filled embrace. My aging mom and dad would not have a well-grounded and responsible son to look after them in their twilight years.

And my precious wife Sarah would have had to live for the rest of her life always wondering if there was something different that she could have done that might have saved my life. What a cruel legacy to leave to someone so wonderful.

As time passes, my perspectives have changed rather dramatically. I now see time as my friend. As time continues to pass, I continue to heal. In fact, my recovery gains over the last couple of months have exceeded those of the last couple of years combined. Had I succeeded in my “plan,” back in 2011, I would not have lived long enough to see these gains.

If by some magic, I could reach back into time to speak with the 2011 version of me, my message would be a simple one.

“David, stay strong. You are walking through the toughest time now. Your life is going to unfold in a way that you never saw coming. Those who have walked out of your life will come return over time. You will again find your footing and emerge with a sense of purpose that you never had before. You’ve got this!”

And so I say to you, especially if you are new to the post traumatic brain injury life, you will find your way. You will meet friends unexpected and walk paths that you never knew existed. In fact, the most meaningful years of your existence lie ahead.

And if nothing short of your own demise looks good, please talk with someone. Get some help. There are souls willing to help and countless resources available. You don’t need to go it alone.

Dear Sir, thank you for sharing your story. After a hard fall in 2011, my memory has been on the decrease. I went on yesterday for a second opinion and what the doctor told me mid way through my session was difficult for me to hold back tears, so I begin to sob like a newborn baby. I am a nurse who happened to work in Neuroscience at one moment in my career as a nurse, a light bulb went off I said I have taken care of many clients over the years with Traumatic Brain Injury. All I could say to myself is that I've been trying to tell someone for 5 years that something else is going on. He said that I've been doing this for almost 40 years and there is something wrong, he begin to tell me that in his experience of doing this I believe you have a brain injury. Even if it didn't show on any of my test, in my opinion this is what he believed. So deep within my heart, body, mind and soul, I finally felt PEACE!!!! Thanks for sharing your story, God Bless You and your family.

Oh do I wish I could reach back in time to the young man who believed he could do anything and because of that tried everything. Because then I could slap him upside the head and shout that concussion is NOT trivial, especially one that leaves you unconscious and alone. That a doctor visit and a spell of rest is the smart path, not work and soccer and no rest and no doctor. Because I would want younger self to know he was setting himself up for a fractured career and broken marriage and forgotten friends and failed family and never ending false hope that maybe finally this combo of prescriptions would work, or work well enough. But even more because I would want younger self to know he would have another chance for love and family, That with the right tools and with the right people and at the right pace he could still learn and still contribute, even if not like before. That life is worth living, and when it feels like it isn't there are people able to pull him out of the pit.

Thanks so much for sharing this!

I had lost not only all hope but all perspective as well.....

Nobody tells you after an accident that you'll feel like crap for the next decade (or longer) The ER Doctor said I'd be sore for a few days then I'd be fine. My family doctor said the horrific migraines were from my whiplash and the ringing in my ears was part of growing old.  Thankfully, she did refer me to a chiropractor who refused to treat my whiplash because of my TBI. The specialist said most people recover in a few weeks/ months. Six month later he said I was one of the 2% that doesn't recover as quickly. (Lucky me) my insurance company referred me to another specialist for a second opinion... I couldn't be as sick as the tests indicate because I was still working so I must be feigning. Who would make this crap up. More tests. More discoveries. Optic nerve damaged. Vocal cord damaged. And the rage....at nothing. All because somebody needed to speed during a snow squall and then try to get his cell phone from his pocket. Now I have bad days and really bad days. I was going to get my PhD and work with military members and their families. Now I process things at a grade 5 level and remember less than 60% of what I read. I can't read books because the font is way too small. My iPad and sunglasses are my new best friend. Yes.  I had  lost all hope and perspective in part because the medical system creates the illusion of hope , where there is none. The medical system isn't forthright in their diagnosis and I built up hope only to have it come crashing down. Had somebody told me " brain injuries are all different thus the rate at which you heal, is unknown" I could have accepted that. I would have at least known I wasn't going crazy because I was in a living hell but everyone kept telling me I was fine.  Hope is a funny thing. We need it to survive - and so when the next specialist that tells me they can fix me, I will believe them.