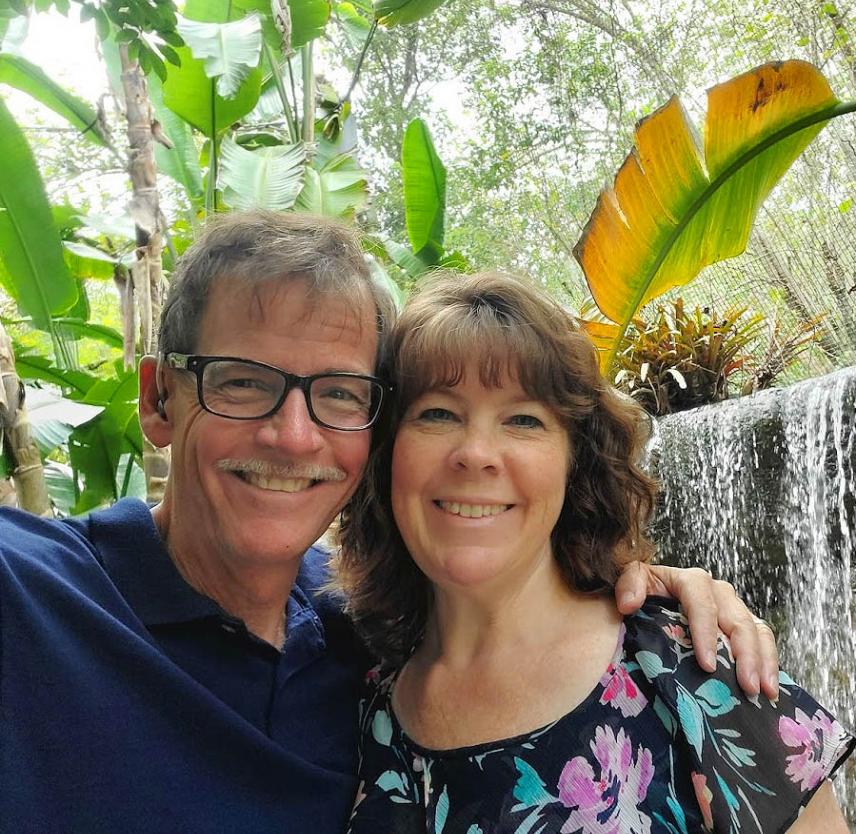 It’s time for a painful admission. There are moments I get jealous when I hear that someone has a brain injury without having PTSD. Not that life with a brain injury is a cakewalk, but when you add PTSD to the equation, the result can be disastrous.

Those close to me—and many who are not—know that I tend to wear my life on my sleeve. Years ago, I heard that a trouble carried alone doubles, while a trouble shared is a trouble cut in half. However, there are times that this soul-baring gets uncomfortable. For example: today.

It didn’t take long after being struck by a car back in 2010 to see that I had rather significant challenges. I sustained a traumatic brain injury and scored a very robust case of PTSD. Over the years, the narrative hasn’t changed that much. I’ve written before about my TBI and PTSD challenges. My brain injury is relatively predictable. PTSD, however, is not.

I steadfastly believe in doing whatever it takes to get well. In the months before the onset of the pandemic, in complete desperation, I reached out to a trauma doctor, one who specializes in treating PTSD. For close to three months, my treatment consisted of Eye Movement Desensitization and Reprocessing (EMDR) sessions. The result was life-changing. I saw an immediate improvement in the quality of my life, my night terrors came close to disappearing, and I felt better than I had in several years.

But when the pandemic struck, the thought of sitting in a small, closed, unventilated doctor’s office was horrifying, so I immediately ceased my EMDR treatments. Only later did I learn that the office had shut down for a portion of the pandemic. I couldn’t have gone back even if had I wanted to.

Through most of 2020, I did the best I could to keep my head above water. I found and used a phone-based EMDR app, practiced mindfulness as best I could, and dug deep to push through the especially tough days. Nevertheless, I learned the hard way that some things are too big to tackle alone. And I know I’m not the only one. The news continues to overflow with headlines about how we are—as a society—still in the midst of a pandemic-induced mental health crisis.

For me, there were good months and not-so-good months. If I went for a week without night terrors, I rejoiced. If I had a couple of bad nights in one week, I tried as best as I could to keep my proverbial chin up, telling myself that it was just a little setback. But, as we moved through 2021, my PTSD worsened. And several months ago, something clicked. I was no longer able to have even one week of torment-free nights. I continued to lie to myself, telling myself that I have this, that it would pass, that it would eventually get easier, that I was just in a tough spot. I tried to believe my own lies ….

You can only lie to yourself for so long.

Last month, after a couple of bad weeks, I had a week to end all weeks. Two sleepless nights in a row, tortured by unseen PTSD demons, I hit a point of near collapse. PTSD episodes, coupled with my TBI, made the very act of existing painful. There are really no adequate words to describe what I was going through. And, in a moment of what can best be described as grace, I believed that my life was no longer sustainable. Though I was not contemplating suicide, I can honestly say that I understand how some people can decide that ending their life is the only option, though we all know there are always, always other options. The shocker: this was happening 11 full years after my injury. I’ve been carrying this burden for a very long time.

In quiet desperation, I reached out to my trauma doctor, leaving a voicemail requesting a callback. My voice was shaking and I struggled to hold myself together. I think I’m a pretty strong guy and have overcome a lot in my life, so why couldn’t I beat PTSD on my own? Sadly, I felt a ripple of failure as I called him. It’s complicated.

Later that evening, he called back. The very sound of his voice brought tears to my eyes. He remains a consummate professional and, in that instant, I was grateful that I had finally surrendered. I no longer had the will, nor the strength, to fight this alone. He helped me before and I believed deeply that he could help me again.

I am still a few days away from my first session with him, but already I feel better. Societally and culturally, we are told that surrendering is weak. However, in my case, I am hoping that I am surrendering to win. And unlike a few days ago, I now have hope that I may again attain a measure of relief from the torment of PTSD.

Thankyou for sharing. I too have a TBi & PTSD, it’s exhausting. EMDR has been helpful for me also, as has learning about polyvagal theory and how our nervous system responds to traumatic experiences (it’s not our fault, it’s what our nervous system does to keep us alive). I believe that EMDR can be done effectively online which may be an option if face to face sessions are no longer an option. Wishing you my best

I can empathize with what you went through. You seem to have a good support system which is important. I too am a survivor and it certainly has been a journey to deal with many deficits especially socially. You are a great inspiration to share your story and interventions. Godspeed!

I don't know if I'm allowed to say the name of it, but I heard of a drug that helped people with stage fright, so I asked my old doc if I could try it. Well, after a solid decade of nightmares, it quickly cured me, at least of the visuals. You know, multidimensional worst case scenarios with intense fear vibes.
However, in September a new doctor announced she was taking away half my pain meds and the acute stress and nightmares have recurred. Due to my increasing pain (caused initially by car accidents) I had to quit my yoga / meditation class, also covid, shut it all down. I know a change of environment helps me but my tired brain and bod keeps me trapped in a mess of my own creation. Anyhow, I have to share, that this med I took was quite the lifesaver, may not work for everyone of course. Energy Healing is also amazing.
Reading this back, it doesn't sound like me, I don't look like me anymore either.
la de da

By sharing this, you are helping so many others; to know they are not alone, giving permission to ask for help, raising awareness about what our brain injury friends might be going through . . . I can only imagine how difficult it must have been to write. Thank you for your never ending courage, David.
Barbara

Mr. Grant,
I've read a small number of your posts, reading gives me a headache & like everything except maybe chocolate, for me, is best in moderation. It's Dec. 8th now & I would guess that even having written your post, like you said, you already feel better. Some of your experiences I can relate to & others I can not, PTSD falls into the latter. But, I believe life is based on perspective & no matter how subtle or unnoticed the difference is, the change in outlook can be enormous.
I Fully understand the ripple of failure & the complication of it, I have been in that deep trough many times over the years, tired of the fight, losing my strength, & the will to do anything about it any longer. I also understand the stigma of surrender & weakness. However, I have to say that even having read the few posts of your's that I have & the little bit I know of your background from this site, I didn't see what you did (contacting your doctor) as surrender or weakness.
From my humble position I offer a change of perspective. I'm sure when you started riding a bike you were no where near the capabilities you are at now, likewise of your writing career, would be my guess, with no disrespect intended. All things start at a beginning & we cultivate experience & knowledge from those that are more advanced in the endeavor. No different, in my opinion, then your EMDR treatments. You enlisted a professional, then circumstances forced you into attempting it alone & you didn't receive the desired results but you did experience some successes regardless of how small they looked from the bottom of that trough. You just aren't that good enough at it, Yet. You need more times of hitting that wall when you're increasing your riding distance, or overcoming the writers block, or surviving a TBI & PTSD. Like other talents you've developed, it takes practice & repetition & it sounds like you're on your way in that direction. Congratulations, you're on your way to having a new skill to list on your resume! :) Take care, wipe your sleeve off & take a breath. And thank you for writing what you do. It's comforting, yet painful, it lifts & it burns. It is indeed, complicated.

Indeed it is COMPLICATED! Thank you BOTH for sharing!