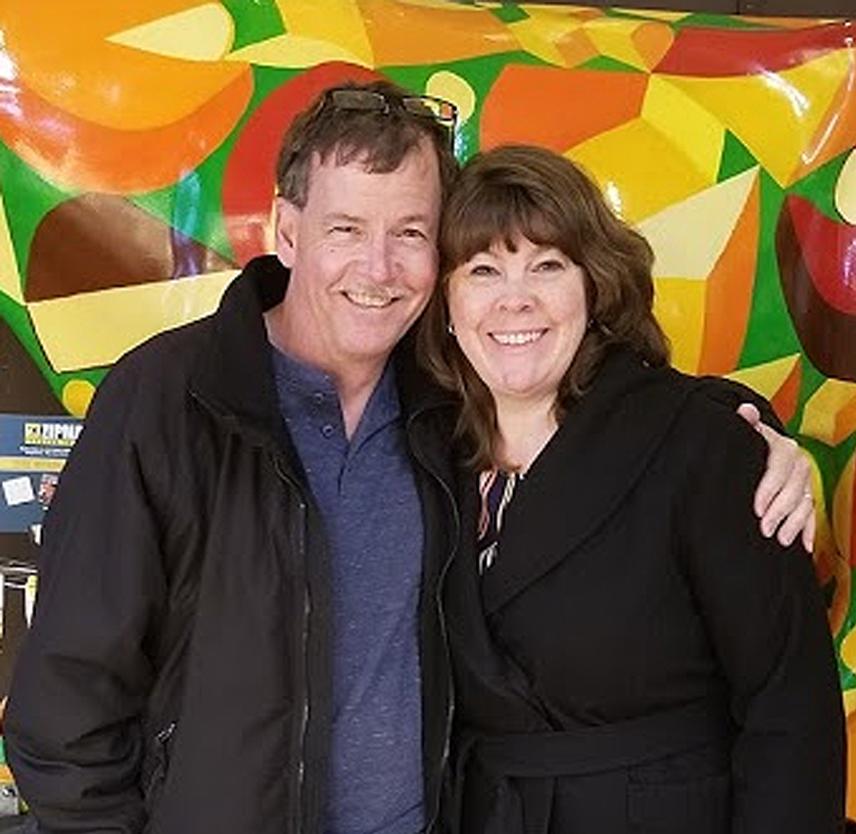 Without my permission, time continues its inevitable march forward. When I was new to the brain injury community, it felt like most everyone I spoke with had been living with brain injury for such a long, long time. During my first year post-injury, having a conversation with a three-year survivor was mind-boggling.

“How can someone live with a brain injury for three whole years?”  I would ask myself in utter disbelief. At the time, just making it through a single day was a victory. Strike that – if I could make it until lunchtime without being overwhelmed, full of despair, and occasionally suicidal –that was an okay day!

It feels like I blinked my eyes and found myself in year nine as a brain injury survivor. Time is a funny thing. It passed slowly when life was painful, and seemingly faster when the bumps got easier. As I look around the landscape of friends and acquaintances within the brain injury community, it occurs to me that I am moving in the direction of becoming a “TBI Old-timer.”

Frankly, I’m not sure how that makes me feel.

Early on, I was completely unable to envision an entire lifetime defined by brain injury. Those early years… well, they just sucked. If I had to live a lifetime of days defined by the overwhelming challenges of early recovery, I would have jumped off the bus long ago. Thankfully, time has proven to be a healer of many of my more glaring handicaps, but I still carry battle scars from all that has come to pass since my 2010 cycling accident.

The inside scars, the ones that no one sees, are less painful. My eyes no longer well up with tears at every passing ambulance, though passing a motor vehicle accident can still reduce me to tears. The overwhelming brain fog has lifted – at least most of the time. To look at my life from the outside in, you would see a seemingly normal life – because that is what my life has become. It’s pretty normal these days.

There will always be outside scars that I can show the world, visible signs that tell someone observant that “that guy has been through a lot.” Words can occasionally fail me, though my aphasia is a mere shadow of what it once was. The sharp-eyed will see a six inch scar on my left hand, the result of an executive function meltdown. Somewhere in my third year out, taking a bike ride in a snowstorm sounded like a good idea at the time.

My subsequent (and quite predicable) fall resulted in emergency surgery to reattach a ligament. Oh, that one also came with a $12,000.00 bill. Having a history of executive function challenges behind me does come with a high price.

Though the physical injuries caused by being struck by a fast-moving car driven by a brand new driver have long since healed, my personal battle scars remain.

But here’s the take-away: virtually every human being since the dawn of time has been scarred by something. It’s the nature of the human condition. If I look around at my circle of closer friends outside of the brain injury community, every one of them has had some type of life event come to pass that has forever changed them. Some have lost children. Others suffer through challenges like cancer or blindness. In my case, my change-agent was a traumatic brain injury.

Early on after my accident, one of my biggest struggles was feeling different. Because of the profound personality change that resulted, I felt like a different person. This led me to feeling different than the rest of humanity. I wrongly divided humanity into two categories: the brain injured and everyone else.

Looking now through eyes that have seen more life, I see that I am no different than anyone with a heartbeat. You have your challenges, and I have mine. There is a freedom that comes with knowing that I am not as unique as I once thought.

If you are new to a life that now includes brain injury and everything feels different and unfamiliar, you are not alone. We all go through it. But I can share with you that time will change your perspectives, and you will indeed come to a place where more days are defined by a healthy acceptance of what fate has delivered.

And with that acceptance, comes peace.

Thank you for sharing this article. I had a cycling accident that I don't remember on March 14th this year. Initially, everyone thought it was a standard concussion - rest, relax, sleep, protein, fish oil, repeat. On June 24, I went in to the ER for unexplained symptoms and had a CT that showed a brain bleed. Craniotomy overnight. I'm 37 and doing well. Some swelling on the side of my head still and trying to calibrate my medication. I'm back to work a few days a week now and working from home for the rest. No driving, but my wife and I enjoy long walks in our neighborhood. With each doctor's appointment, I am beginning to accept that my life will be forever changed, but I, two months removed, hope for the day I'm off my medication - how realistic that is or not.

David I have enjoyed reading your blog since the early days of my TBI which occurred in 2015. I have seen you transition toward your acceptance and seemingly more peace. I appreciate the writing you have done over the years and found insight from your blogs.
Acceptance does bring peace.
Regarding being unique. I laughed out loud when I read the your statement about two kinds of people: those with brain injury and those without. Prior to my TBI I was blessed with a woman who spoke often about the concept of we are all either unique or special however we cannot be both. The lessons I have from her concept being that we can either be unique or we can be special but we cannot be both is the concept of belonging with what often defines us.
My life is more peaceful when I have acceptance and I feel a greater sense of my community when I realize I am either unique or special however not both.
Thanks for all the blog writing you do as well as the advocacy work you do for TBI.

This is beautifully written. My husband suffered a TBI 8 years ago, and it has been a long, winding and challenging road for us. He also has many other health issues that just exacerbate the whole situation. Thanks for this fresh perspective. Hugs!

As a physician with TBI I can add a long list of disorders/diseases that affect mentation. GG

I am so very grateful to have met David and call him a friend, amongst the several individuals that move this important issue forward - all of whom I genuinely appreciate, if not adore. His words are always poignant and express in words what many with brain injuries can not. Whether from a survivor or caregiver, topics of brain injuries and/or mental illness require relentless attention so that people and their families are better able to heal. David - Thank you for helping to heal others by writing about your journey, along with Sarah... Your are important to many, including me.