What Is Hemianopsia and Why Does It Happen After TBI? 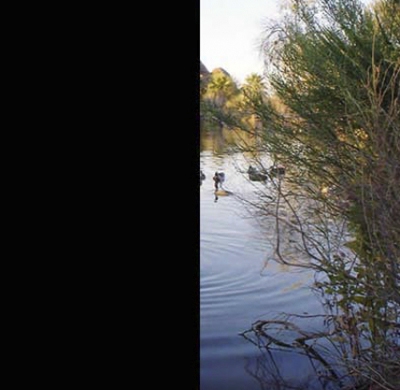 I fell down some stairs nine months ago and hit my head. In the hospital, they noticed that I had some serious vision problems like my not being able to see anything in the left fields of both eyes. I keep bumping into things when I don’t turn my head; it’s like the right side of my world doesn’t exist. Is there anything I can do? Are there any treatments that can help? And what about driving again?

What you are describing is a condition called hemianopsia with neglect — a visual field loss where half of your visual field, either vertically or horizontally, is gone; you cannot see it. The fact that you can’t see anything in your left field of vision is because the visual-spatial processing in your brain was damaged in your injury. Typically visual neglect occurs in the left field, but it can also occur in the right visual field.

To date, treatments for this don’t have as much research backing as we’d like but vision rehabilitation therapy may be effective. This therapy basically retrains the brain to see into that damaged hemianopic field. It takes advantage of the brain’s plasticity — of the brain’s ability to rewire itself and overcome damage. The literature says that vision rehabilitation therapy can help restore 3-5 degrees of that lost field.

Another therapy technique is called compensatory scanning, done with the eyes and head. Even if you don’t know that your “left world” exists, you can learn to scan toward that field loss. In essence, you use your intact field of vision to “look into” the lost field.

Scanning with the head is often more successful than simple scanning with the eyes since there is more muscle pull in your neck than in your eyes. Head scans give you more awareness that you are looking left because you feel more of a pull in your neck muscles. Learning to put your chin on your left shoulder and recognizing the neck muscle strain teaches you to then recognize that you are doing the scan.

We had a patient who sustained a brain injury when he crashed his motorcycle going 60-80 mph. If you asked him what happened, he would say that he hit his head and has a brain injury. He could point to a diagram of the brain exactly where his injury occurred, the area of damage which caused the hemianopsia with neglect on his left side. But then if you ask him if he has vision problems, he says no. With compensatory scanning, we have taught him to do head turns to the left so he can pick up hazards. His rate of tripping on things on his left or banging into things on his left side has been greatly reduced because of this scanning therapy.

As for driving, here is a good resource about driving evaluations after TBI. 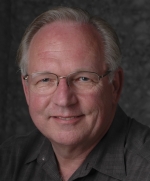 There's a UCLA study right now that I participated in that uses Google Glass to help those with Left Hemianopsia!! More info: http://web.cs.ucla.edu/~amini/hemianopia-google-glass/

I hit my left side of head on bricks and passed out. I notice a few months later I had more trouble seeing anything on my left side. I called it black shadows, My husband was active duty Navy. So all my neurologist were military and at least I felt they understood me more. I had a field of vision test, which I was told don't worry most don't pass well. I sort of glad they didn't tell me how bad I was. I was told to read and a few other things, mostly not to stress. I am not sure how it happen but over time the black shadow seem to be less. about 15 months later. I went there the same test. I got better! Then they told me I was missing 80% of my field of vision. My second test I was only missing about 5%. I am not 6 years out from my MTBI, I am still listed as PCS. I am not sure how it got rewired as I say. I am happy to have what I do have. I also went thought almost 5 months of vertigo.

I was in an automobile accident, going 50 miles per hour. Results dx concussion, left eye won't look up nor left direction. In beginning I would stare off and could not stop it, my eyes locked in a sight and stayed there. Now 3 years later with vision therapy and Occupational therapy, I am doing better. However I now need prism glasses in hope I can get my eyes / brain to work together. I saw a Detroit Dr. Whom is a Specialist, in Brain TBI cases. So finally on the right track, hope. Thank you for sharing, I felt in the dark or frustrated .

Good info I have been dealing with this it took a Almost 20 months for me to notice it The look through technique is Good for relearning !! Read the Closed captioning crawl for scanning practice ... out loud for speaking practice