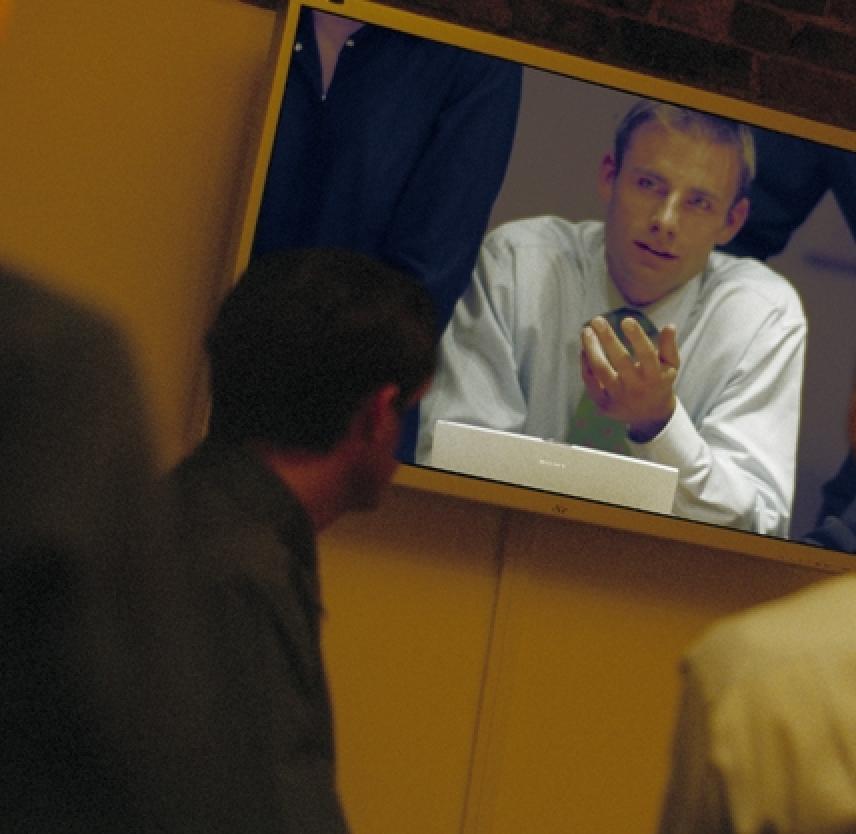 The doctor may not be able to reach out and shake Army Spc. Andrew Nethken’s hand, but Nethkens says the video teleconference system makes it feel like the doctor is in the same room with him.

Before receiving treatment for his traumatic brain injury, Nethkens recalled having severe headaches most days, nearly to the point of passing out. After a few months of therapy, his headaches have almost entirely disappeared.

Nethkens’ success is due in part to the treatment he received through the Defense and Veterans Brain Injury Center’s tele-TBI Clinic which allowed direct access to a Walter Reed Neurologist. DVBIC initiated telehealth services in 2009. Katie Ambrose, the tele-TBI program manager at DVBIC, says the effort is part of a larger telehealth network that started at Northern Regional Medical Command to serve patients with psychological health issues. By partnering with NRMC tele-behavioral health specialists, DVBIC is able to extend critical TBI assessment and treatment services to service members at a growing number of military treatment facilities.

This innovative and convenient treatment uses “interactive video-teleconferencing to reach patients in rural and underserved areas…and troop intensive sites where demand for specialized care fluctuates with mass mobilizations,” according to the Defense and Veterans Brain Injury Center website.

TBI diagnoses for service members jumped from 10,963 in 2000 to 30,703 in 2010. Two decade-long wars and increased awareness about traumatic brain injuries have contributed to this rise. The military is constantly working on developing new techniques to treat and manage this growing issue.

Dr. Jillian Schneider, a neuropsychologist with DVBIC says tele-TBI helps to cut down on appointment waiting lists because doctors can provide services to multiple military treatment facilities. “With tele-TBI I do not have to limit myself to just seeing patients at Walter Reed or Quantico, I have the flexibility to see patients at various sites, allowing me to provide services to patients depending on the level of need,” Schneider said. She added, “Sites that do not have a neuropsychologist on staff or have to rely on local civilian providers or other MTF’s can have access to our services for supplemental support. I can jump right in and be another provider with tele-TBI.”

When TBI services aren’t available, patients may be sent to civilian providers, but this option doesn’t allow for direct access to the military’s electronic health record system. The time it takes to transmit records and reports to and from civilian providers may slow time-sensitive treatments. Tele-TBI increases the continuity of care and convenience for patients who have the option of receiving care right on base. This may involve specialists at more than one facility. For instance, a neuropsychologist may be based at Fort Belvoir while a Neurologist is at Walter Reed Army Medical Center and an Occupational Therapist is a Ft. Dix. Through the Tele-TBI Clinic, a patient at a remote military treatment facility can have access to all these specialists.