How Music Helps to Heal the Injured Brain 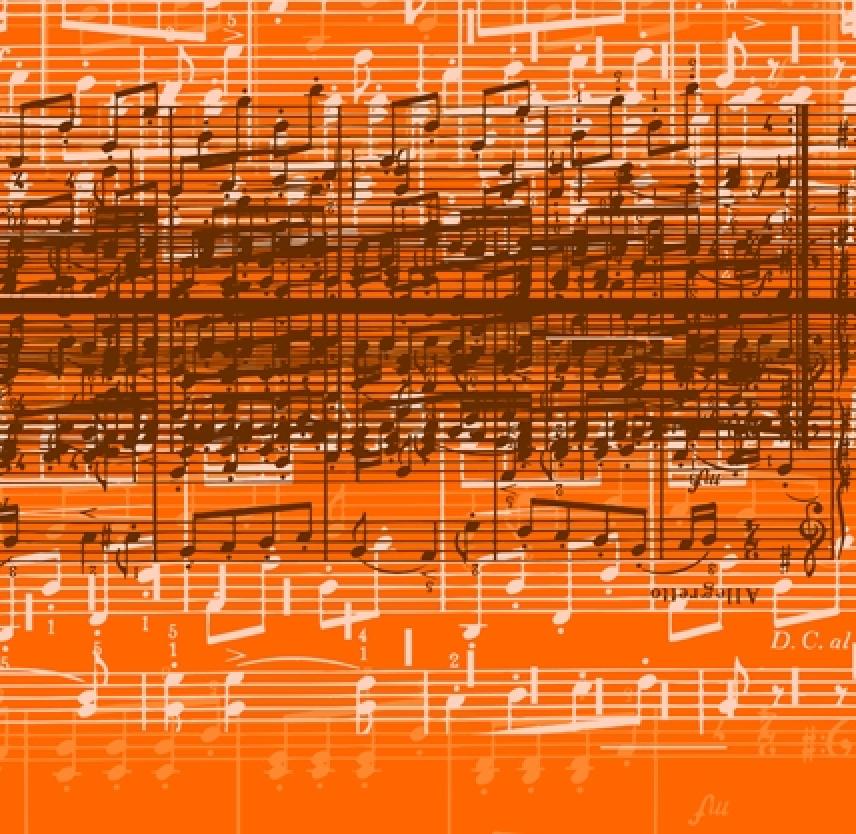 Related Content:
Community Transition and the Fine and Performing Arts
Releasing a CD of Original Client Music to the Public as an Aspect of Brain Injury Treatment
Integrating the Arts with Technology: Inspiring Creativity

Editor’s note: The use of music in therapy for the brain has evolved rapidly as brain-imaging techniques have revealed the brain’s plasticity—its ability to change—and have identified networks that music activates. Armed with this growing knowledge, doctors and researchers are employing music to retrain the injured brain. Studies by the authors and other researchers have revealed that because music and motor control share circuits, music can improve movement in patients who have suffered a stroke or who have Parkinson’s disease. Research has shown that neurologic music therapy can also help patients with language or cognitive difficulties, and the authors suggest that these techniques should become part of rehabilitative care. Future findings may well indicate that music should be included on the list of therapies for a host of other disorders as well.

The role of music in therapy has gone through some dramatic shifts in the past 15 years, driven by new insights from research into music and brain function. These shifts have not been reflected in public awareness, though, or even among some professionals.

Biomedical researchers have found that music is a highly structured auditory language involving complex perception, cognition, and motor control in the brain, and thus it can effectively be used to retrain and reeducate the injured brain. While the first data showing these results were met with great skepticism and even resistance, over time the consistent accumulation of scientific and clinical research evidence has diminished the doubts. Therapists and physicians use music now in rehabilitation in ways that are not only backed up by clinical research findings but also supported by an understanding of some of the mechanisms of music and brain function.

Rapid developments in music research have been introduced quickly into neurologic therapy (see sidebar) over the past 10 years. Maybe due to the fast introduction,  the traditional public perception of music as a ‘soft’ addition, a beautiful luxury that cannot really help heal the brain, has not caught up with these scientific developments.

But music can. Evidence-based models of music in therapy have moved from soft science—or no science—to hard science. Neurologic music therapy does meet the standards of evidence-based medicine, and it should be included in standard rehabilitation care.

While the notion that music has healing powers over mind and body has ancient origins, its formal use as therapy emerged in the middle of the 20th century. At that time, music therapists thought of their work as rooted in social science: The art had value as therapy because it performed a variety of social and emotional roles in a society’s culture. In this early therapy, music was used, as it had been through the ages, to foster emotional expression and support; help build personal relationships; create and facilitate positive group behaviors; represent symbolically beliefs and ideas; and support other forms of learning. In the clinic, patients listened to music or played it together with the therapists or other patients to build relationships, promote well-being, express feelings, and interact socially.

Because early music therapy was built upon these laudable and important but therapeutically narrow concepts, many in health care, including insurers, viewed it as merely an accessory to good therapy. For decades it was difficult to collect scientific evidence that music therapy was working because no one knew what the direct effects of music on the brain were. Now, however, the approaches that are central to brain rehabilitation focus on disease-specific therapeutic effects, demonstrated by rigorous research.

Biomedical research in music has led to the development of “clusters” of scientific evidence that show the effectiveness of specific music interventions. Researchers and clinicians in music therapy, neurology, and the brain sciences have classified these evidence clusters into a system of therapeutic techniques that now is known as neurologic music therapy (NMT).17 This system has resulted in the unprecedented development of standard clinical techniques supported by scientific evidence. Because NMT is research-based, it will continue to develop, informed by new knowledge.

• It is defined as the therapeutic application of music to cognitive, sensory, and motor dysfunctions due to disease of the human nervous system.

• It is based on neuroscience models of music perception and the influence of music on changes in non-musical brain functions and behavior.

• Treatment techniques are based on data from scientific and clinical research and are directed toward non-musical therapeutic goals.

• Treatment techniques are standardized in terminology and application and are applied as therapeutic music interventions (TMIs), which are adaptable to a patient’s needs.

• In addition to training in music and NMT, practitioners are educated in the areas of neuroanatomy and physiology, brain pathologies, medical terminology, and rehabilitation of cognitive, motor, speech, and language functions.

I suffered a concussion 3 months ago, but wasn't diagnosed properly at the time, so I had no idea that pushing myself physically and mentally was the wrong thing to do. I've been experiencing weakness on the left side of my body, lights are too bright, everything seems very loud, dizzy, nauseous, numbness in fingers, hand and arm, walk with a limp, always off balance, tinnitus, and a host of other memory, learning and cognitive problems. I used to play the guitar, but now I can't hold it with enough firmness to make the chords. My left arm goes numb, shaky and then completely limp after 20 minutes or so of doing anything that requires exertion, like washing dishes. Now that I've been properly diagnosed, I'll ask my physical therapist about using music. I hope it works. I love to play guitar and sing...I want to be back to my normal self asap. But I'm not pushing it anymore, just trying to go slow and make some progress at this point. Thank you for this article. I'll be sure to pass this message along to anyone who can benefit from it.

lani, I know this is an odd post but if you are still reading, go and get the book When Brains Collide by Dr.Michael Lewis. Search him online you will be glad you did ,I was! I play the guitar also I'm back up to 2 songs now before I get tired.
Take Care

How are you feeling now?

Just curious- now that it's been a while- how are you feeling- able to play your guitar again? Have you fine tuned your diet? Nutrition plays a huge part in recovery.

This is why I'm going back to school to obtain my music therapy degree. I want to help people like this, and also those with experienced traumas like sexual assault, abuse, domestic violence, verbal abuse and community trauma.

Get cranial adjustments as part of your whole body adjustment from a chiropractor who is an Applied Kinesiologist and who has a working knowledge of brain injury. It may change your life. Being a chiropractic physician and having a music teaching and performance degree has allowed my injured brain and body access to continuing improvement for the past several years. I never would have come this far without adjustments and music.

I honestly have no idea what to do. In a month i will be 1 yr out from my traumatic brain injury. i still cannot drive more than a mile from home and most days i wont even attempt that due to numerous symptoms that occur including dizziness, nausea, headaches, disorientation that will last the rest of the day sometimes into the next. I get this also riding in cars, we cannot take the interstate unless I've taken antivert. Now I used to be a musician and as of late i have been wanting to relearn guitar and singing. After my injury i became waaaaay better at video games and drawing than i ever was before. SO  I figured the same would apply to guitar. I can hear timing better which i couldn't before however I can only remember ONE of my songs and any time i try to tinker or remember any of the other songs I get the same symptoms as when riding or driving a car. which is why I'm in this article i hoped someone might be able to help explain why this is happening and what i can do about it.

The first serious consideration of music therapy I saw was in Oliver Sacks' books--his observations of severely impaired patients with various kinds of neurological problems who responded to (or were obsessed by) music.   I suspect that if the neuroscientists had paid more attention to active musicians (or Dr. Sacks) earlier, they might have been making better use of music decades sooner.   Music is also helpful to those whose brains are non-average from birth, especially when verbal expression is impaired.

Classical music worth no lyrics or I also enjoy meditative flute symphonies. That's how you heal the brain. Smooth changes in pitch and tone while you closely follow the tonal change. Give your brain something to thrive on and grow from.

I have been fighting post concussion syndrome for close to 42 months now. Plagued with vertigo that given me 3 more concussions in that time frame. I have headaches every day since that accident. Music is my only salvation. Not just playing my guitar but also simply listening thru my headphones in a dark room. It has structure as opposed to the chaos of everyday life. Music also cancels out the high frequency tinnitus that makes me nuts. I feel like my body's rhythm moves with the meter of the music, soothing my inner mood shifts. I thought I was crazy when I started telling my family and doctors that with music I seem to be able to stay on a straight path and eliminate my confusion. It probably will never heal the TBI and PCS but music ability to be a coping aid cannot be denied.

Great article, one that I can relate to personally. In 2005, I had a ruptured brain aneurysm in the left side of my frontal lobe. I had three vaso spasms and was in a coma for a month. One day, I just woke up and started talking to the nurse. I had a lot of therapy, mostly to improve my short term memory. The one thing that pulled me through it was playing guitar and listening to music.