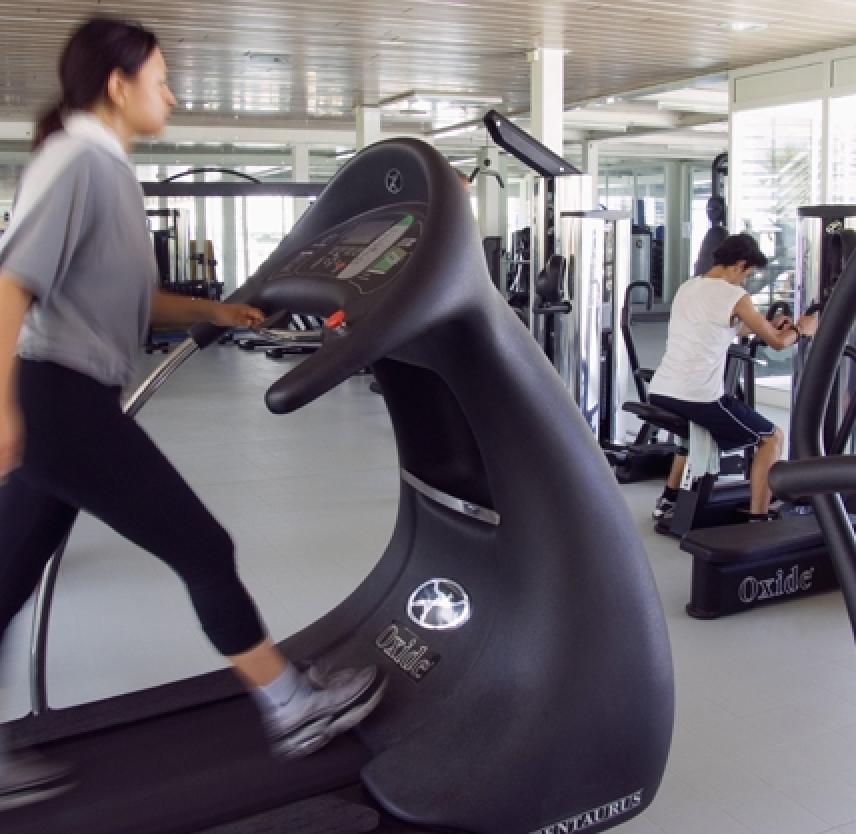 Between 1993 and 1998, the Research and Training Center on Community Integration of People with TBI interviewed hundreds of individuals about their lives after experiencing traumatic brain injuries. People were eligible to be part of this sample if they viewed themselves as someone who has experienced a brain injury and has a disability. A comparison group of individuals who view themselves as non-disabled was also interviewed. These samples include men and women from all regions of New York State - from rural areas, cities, and suburbs. People as young as 18 and as old as 65, of all races, income levels, and life experiences participated in this research. In each issue of TBI Consumer Report, we share some of the insights resulting from these interviews. Here we focus on EXERCISE.

A group from the Achilles Track Club in New York City (which includes athletes with many different forms of disability) was interested in having us do a study to define the benefits of exercise for people who have experienced a brain injury. Since studies that follow exercisers over long periods to determine the impact of exercise are very expensive, we decided to see what we could first learn from reviewing data we already had (see above). In reviewing responses to our study, the question we asked was, How do people who currently exercise differ from those who do not? We defined exercise as swimming, jogging, biking, or doing other sports (that substantially increase the heart rate) for at least 30 minutes at a time. To be considered an exerciser, people in our sample had to have reported doing this type of vigorous exercise at least three times a week for the past six months. In our sample we found over 60 exercisers and 170 nonexercisers with TBI. We also looked at existing scientific studies to see what they might show about the benefits of exercise.

Existing research showed that inactivity has negative effects on everyone, but the effects appear to be worse for people with TBI than for others who have not had a brain injury. Studies also suggested that exercisers with TBI were less depressed and showed improved physical capacity compared to nonexercisers.

Our research revealed a broad range of possible benefits of exercise for people with TBI:

What Do These Findings Mean for Consumers and Professionals?

For people with TBI, our study suggests that exercise may decrease some of the difficulties many people with TBI experience, for example, health problems, cognitive challenges, and depression.

For health care providers, these findings validate previous research suggesting that people with TBI benefit in a variety of ways from aerobic exercise programs, and in fact point toward a broader array of potential benefits than previously published. The results are reported in the Journal of Head Trauma Rehabilitation ( Gordon WA, Sliwinski M, Echo J, McLoughlin M, Sheerer M, Meili TE. The benefits of exercise in individuals with TBI: a retrospective study. 1998; 13[4], 58-67). This article also reviews the physiological foundation upon which functional improvements may rest. An obvious limitation of this study is that it is retrospective rather than prospective, raising the possibility that in comparison to the group of nonexercisers, the sample of those who do exercise may have been healthier prior to starting an exercise program after TBI. Prospective, random-assignment studies are needed to more clearly demonstrate the broad benefits that this retrospective study suggests.

How Can People with TBI Take Up or Resume Exercise?

Our research has focused on aerobic exercise, like running and swimming, which increases the exerciser's heart and lung capacity. This is clearly an important part of any exercise program. Other forms of exercise, like yoga, weight training, bowling, golf, and other activities that are non-aerobic also benefit people, but in different ways. These activities may be very relaxing, improve concentration and keep the muscles in shape. Experts advise that it is a good idea to do a variety of exercises, including those that promote heart and lung capacity (aerobic), those that strengthen and stretch muscles, and those that create relaxation for the person.

If you are interested in doing aerobic or other exercise, a starting point is to check with your doctor, especially if you have physical challenges, balance problems or other issues that may affect your safety. A second suggestion is to check out groups and organizations in your community that may provide structured exercise programs, such as schools, the YMCA or YWCA, exercise classes, health clubs, independent living centers, and adult education classes. To get started, you might also consider renting or buying an exercise video. Your state or local brain injury association, as well as community and rehabilitation centers may provide helpful information on organized exercise opportunities. Finding others who are exercising regularly is often a major help in getting started and sticking with an exercise program.

Sometimes memory problems may get in the way of doing exercise regularly or in remembering the details of an exercise regimen. If this is an issue for you, keeping a calendar as a reminder of when your exercise is scheduled and recording the dates and time you spend exercising may be helpful. In addition, consumers have suggested using index cards that contain specific steps to follow for each set of exercises. These cards reduce the number of times you may need to ask for help because you forgot some detail of an exercise. If you are just starting a program of exercise, you should start slowly and gradually increase the intensity of exercise over time. If you get bored doing the same thing daily, you might try different types of activities: running on one day, going to exercise class on another, and swimming with a friend on a third. The idea is to plan an interesting mixture of exercises, do them regularly and enjoy the benefits!

Maybe I'm a little late with this but I had a mild traumatic brain injury and since then I've had trouble sleeping, I get terrible brain fog, sometimes I am forgetful and I have trouble multi-tasking. I noticed in this article it was said that the findings from the research reported that people with TBI who exercise had improvements in sleep so I would very much like to know what these research studies were, and if possible to get a link to these studies.

TBI is well and truly a hell of a thing, I've read recently that Near Infrared light therapy has shown some very promising results for things like TBI, Alzheimer's disease and CTE. I recommend you all google it and spread the word to promote positivism and hope.

Aerobic exercise and fitness can be contrasted with anaerobic exercise, of which strength training and short-distance running are the most salient examples. The two types of exercise differ by the duration and intensity of muscular contractions involved, as well as by how energy is generated within the muscle.

I find that exercise makes me feel very good but the hand brake comes from my therapists, get over it!

Yep. I fully credit my multi-decade 'addiction' to aerobic exercise as the reason I didn't even find out I had a TBI until 15 years or so afterward.

And what about anaerobic exercise, has this ever been studied?

I've found that you need to just push yourself!!! I was TBI'ed in 1992. My brain has decreased in size a great deal!! So please all you TBIed individuals, WORK YOUR BODY!!! And your Brains!!! I was just too stubborn to do do anything good for myself!!! Needless to say, "I did it my way" and now I've learned, the hard way!!!

but sometimes exercising causes so much nausea, it just cannot be done.

I know what you’re saying; right after I had my stroke, it took about a month for me to stop feeling nauseous when I tried to sit up straight, let alone stand (I was even throwing up at times). Now the nausea is gone, but I have chronic neurological pain that limits how active I can be. I simply try to do what I can each day without pushing so hard that I’m down for the next 2-3 days. I am extremely limited, but I try to at least move to those boundaries. Sometimes I still overdo, but at least I am able to maintain what limited mobility I have. The pain is always with me, so I have had to learn to move despite it (but not so much that I make it worse).